skip to main | skip to sidebar

Hmm... at this point in Time, I've run out of funds and all the projects (except one!) are on hiatus.
Following the Completion of the big cnc router, I wanted to build a learjet and I'd made the CAD models and plans. Then as it happens, I got bored of messing with solidcam to generate the GCodes and I cut the parts by hand.. 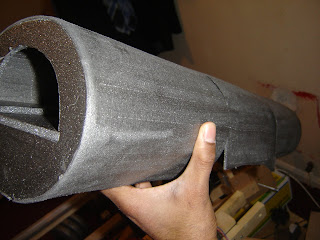 this is the Fuselage. 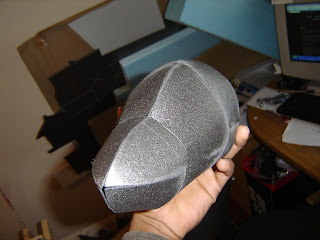 Nose section,Reminds me of a duck...

I'm using the wing in a generic P51 mustang look alike that is awaiting testing. Long thing slender wing, plenty of lift, low drag, should be intense flying, will video the test flight!
The Big CNC is being Dismantled! here is the x carriage removed.. waiting to be cannibalised 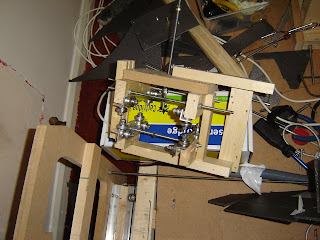 Its taking too much space in my bedroom and is not seeing much use, I'm gutting it and building a CNC mill using a 1kw Router. I've packed the skate bearings and angled alu rails and using Drawer slides for simplicity. It is going to be a simple x - y positioning table with the tool mounted on a pillar with only z- axis. The plan is to use this mill parts for a REPRAP .
Or I might just lob a Plastic extruder on as use it as a Repstrap.. who knows..
And since I've now built more than 3 machines (5 if you count upgrades) I've gone and skipped making the parts on CAD, making the plans and building the parts from plans... I've gone from sketches...to Solidworks model 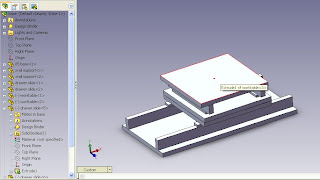 and building on the fly, and here is the baby awaiting the installation of the z- axis stepper. 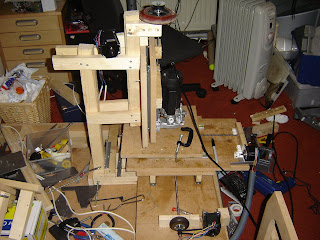 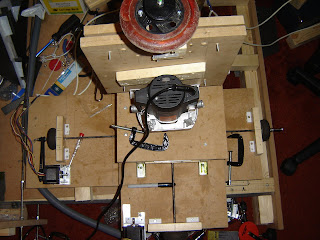 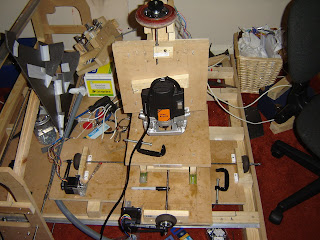 The X and Y axes are calibrated and work, Accuracy again is improved from the previous incarnation.The Drawer slides were a good idea! no wobble, and the turret is very sturdy as well.Gotta love that Rough pine from B&Q. Installed the Lead screw on the Z, geared it as it is a heavy load, I only have to fashion a motor mount for the z stepper and we're in business!
watch this space for the First Milling Test video coming soon!
And oh, Did I mention I have an airframe for the UAV? 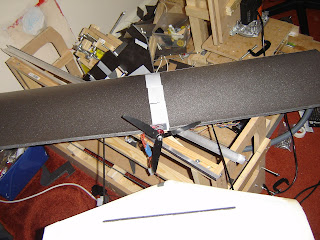 CNC milled built up 6mm Depron Wing skinned with 3 mm depron. 1.5 metres span chunky clark y airfoil. Loads of lift, For a wing that weight next to nothing.. overpowered with a big bad brushless typhoon motor and a 10x6 high mounted pusher prop. 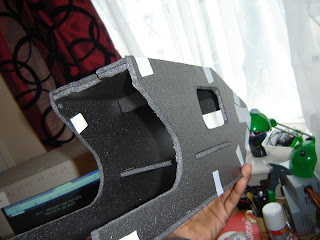 the Nacelle was also cnc cut on the router from a Solidworks model. Hurray for home manufacturing!!
Posted by Nick at 15:46 No comments:

Nick
Aeronautical and Mechanical graduate with 13 years experience in industry, and about 20 years of experience on homegrown Engineering projects.